The Illa das Esculturas, also known as the Illa do Covo, is one of the most representative landmarks of the city of Pontevedra. Its privileged location places it in an enclave of great natural and scenic value in an area of the Lérez River that has been declared a Site of Community Importance (SCI), which is part of the Natura 2000 Network. This natural space also has a bike path, walks, bridges, fountains and even a playground, making it enjoyable for all ages.

The Illa do Covo represents a perfect symbiosis between nature, art and landscape, and you’ll find the Island of Sculptures located right in the middle of it , a pioneering artistic project for the whole of Spain. The project’s architects were Rosa Olivares and Xosé Antón Castro, giving rise to an interesting permanent exhibition of stone sculptures in the open air placed in a unique setting on the banks of the River Lérez. The project became a reality in 1999, as a means of celebration of the Ano Santo Xacobeo. Granite features in all the works, as a kind of homage to a material which happens to be very important Galician culture, starting back in ancient times right up to the present day. Twelve artists were invited to carry out specific projects to be featured on the island, and each of them created a piece of work that is related to both the landscape, the tradition of this region, the history of sculpture and stone, and above all, with the essence of man and mankind’s relationship with nature. Today, the island has the impressive title of largest open-air museum of contemporary art in the whole of Galicia. 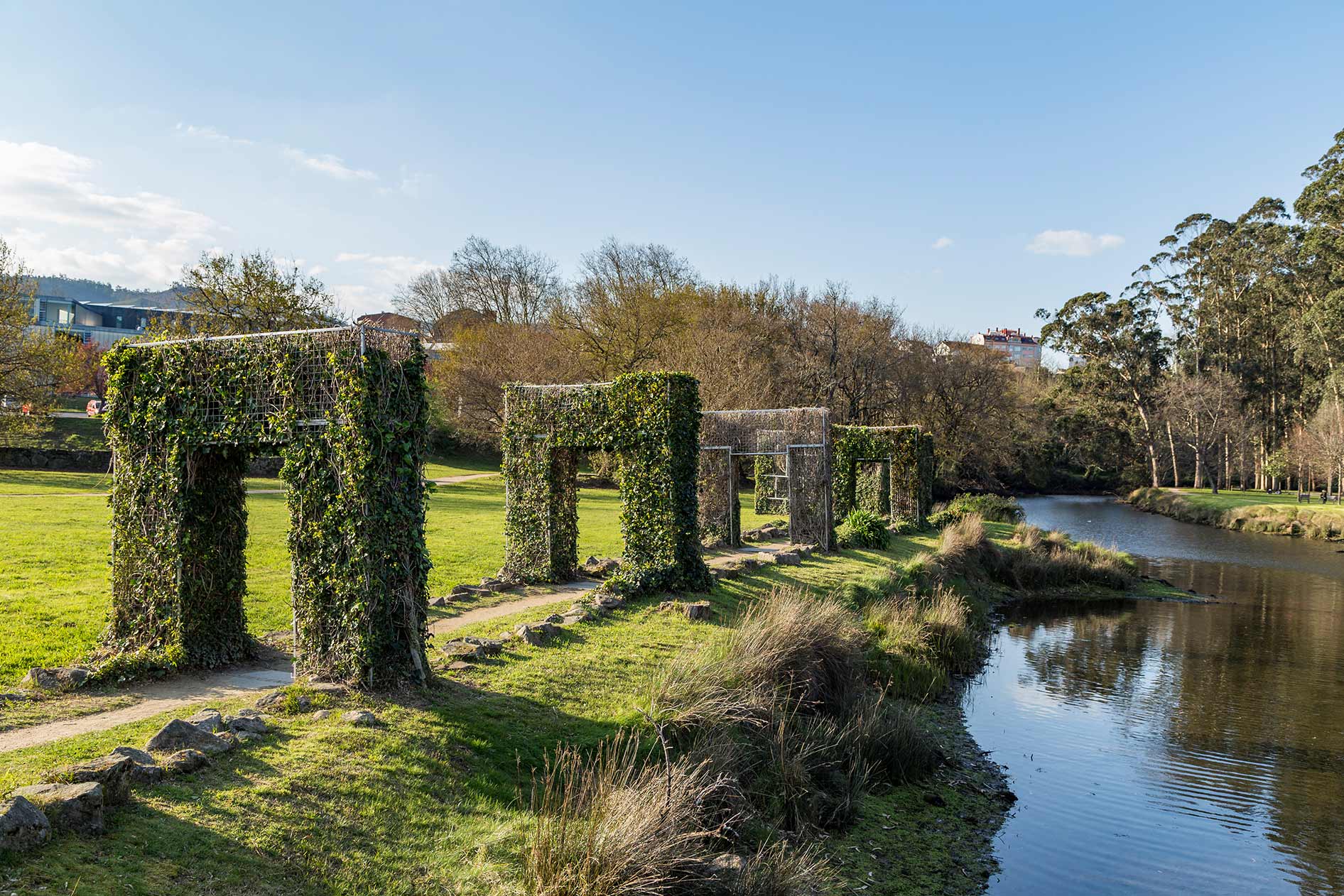 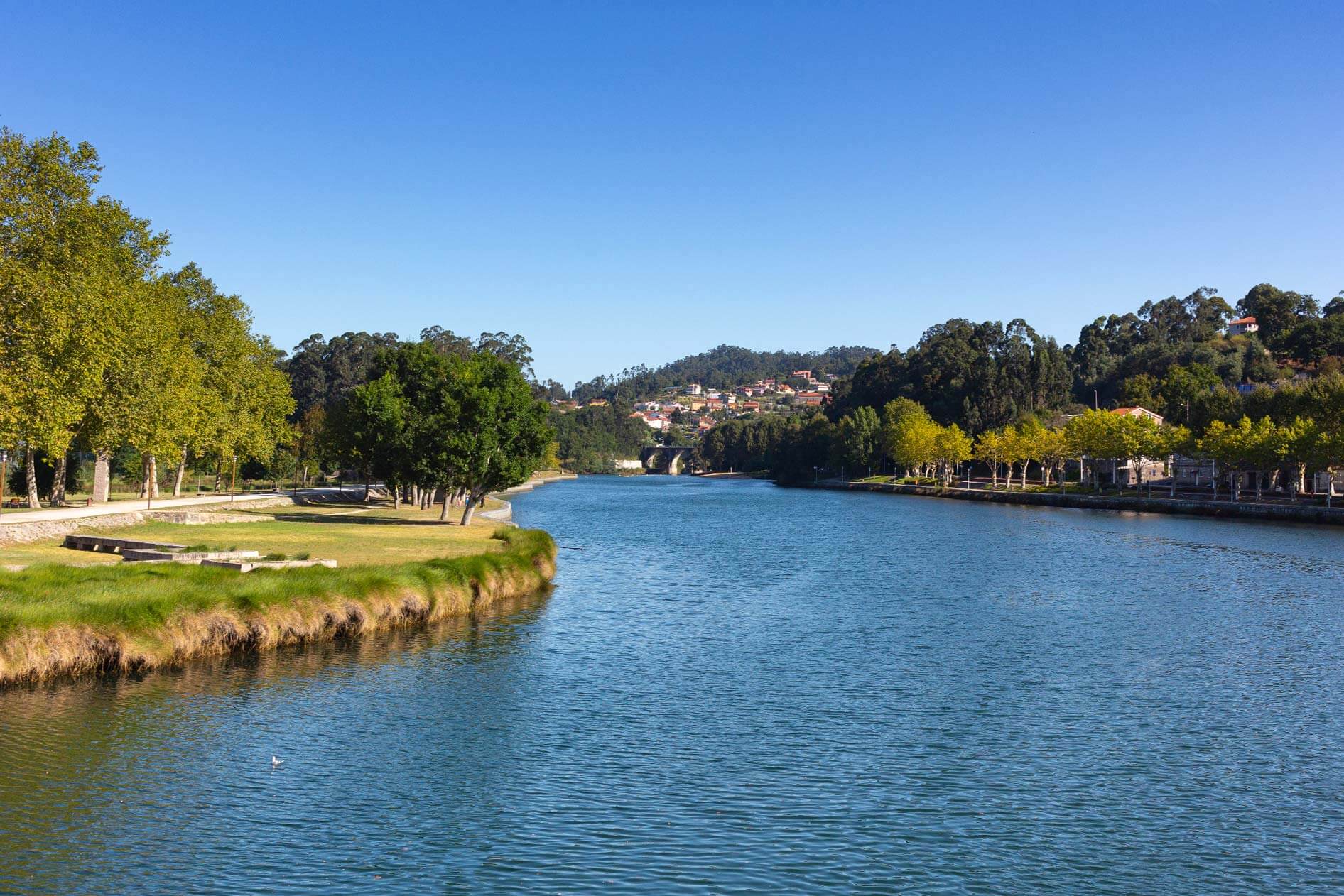 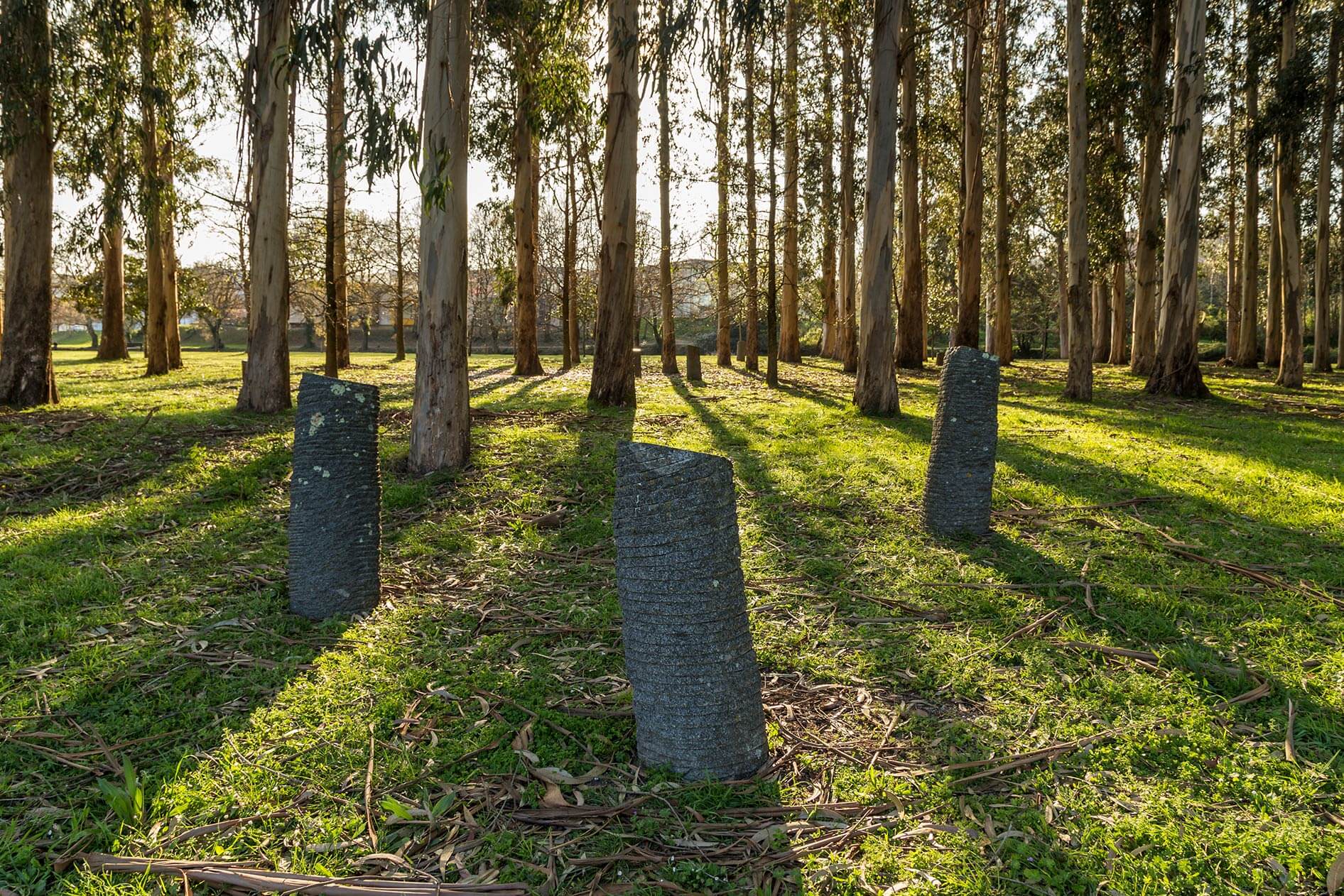 Some of the most striking sculptures include the labyrinth by Robert Morris, which is inspired by one of the petroglyphs of Mogor; the windowless house by Pedro Croft, which invites you to enjoy the nature that surrounds it; Dan Graham’s pyramid, with inverted pyramids inside that imitate the reflection of a figure in the river, or Francisco Leiro’s Saavedra, a small room in the middle of the river, are an example of some of these sculptures that have adapted to the their setting and each pay some form of homage to the culture and history of Galicia.

– Robert Morris: The Labynith of Pontevedra

– Anne & Patrick Poirier: A Folie or Little Paradise for Pontevedra