The Sanctuary of the Pilgrim Virgin is a construction from the end of the 18th century. She is the Patron Saint of the province since 1954 and of the Portuguese Way to Santiago. Her great day is celebrated on the second Sunday of August. The main peculiarity of this sanctuary is its plant in the shape of a scallop shell, symbol of the Way of St. James and of the pilgrims.

On the outside there are three images representing the Virgin, St. James and St. Joseph, dressed in pilgrims’ clothing. At the entrance there is a giant natural shell for the holy water, a gift from the Pontevedra counter-admiral D. Casto Méndez Núñez, who brought it from the Pacific to thank the Virgin for his victory in the battle of Mindanao (Philippines).

The present image of the Virgin is from 1867, work of the Catalan sculptor Luis Vermell, replacing the one carved in 1776 by José de Torres from Pontevedra, and it has a great amount of embroidered costumes. The figure of the Child is by Gambino from 1814.

Avoid tourist visits from Monday to Saturday from 7.00 pm to 8.00 pm and Sundays and holidays from 1.00 pm to 2.00 pm due to religious celebrations

It is undoubtedly the most outstanding religious building in the city as it was decreed as a Basilica by Pope John XXIII in 1962. It has been declared a national monument and an Asset of Cultural Interest (BIC). It was built in the 16th century on the initiative of the Sailors’ Guild as a symbol of the power and importance of the port of Pontevedra during that period. The temple is late Gothic with influences of the Portuguese Manueline style and Renaissance elements.

The main façade, the work of Cornelis de Holanda and Joao Nobre, is one of the best examples of Plateresque style in Galicia, and houses a curious image of St. Jerome with glasses. In the interior, the ribbed vaults of the naves and its main altar, from the 20th century in chestnut and walnut wood, stand out, as well as the images of the Christ of the Disenclave, from the 16th century, the crucified Christ, from the 18th century and an altarpiece from the 11th century, the work of the Portuguese Francisco Atayde.

Very interesting and unusual is the back cover, the interior of what would be the main facade; We could consider it as a catechism of the time in which virtues and vices are represented, accompanied by scenes of daily life, mythological characters, fables, but also scenes from the old and new testaments. 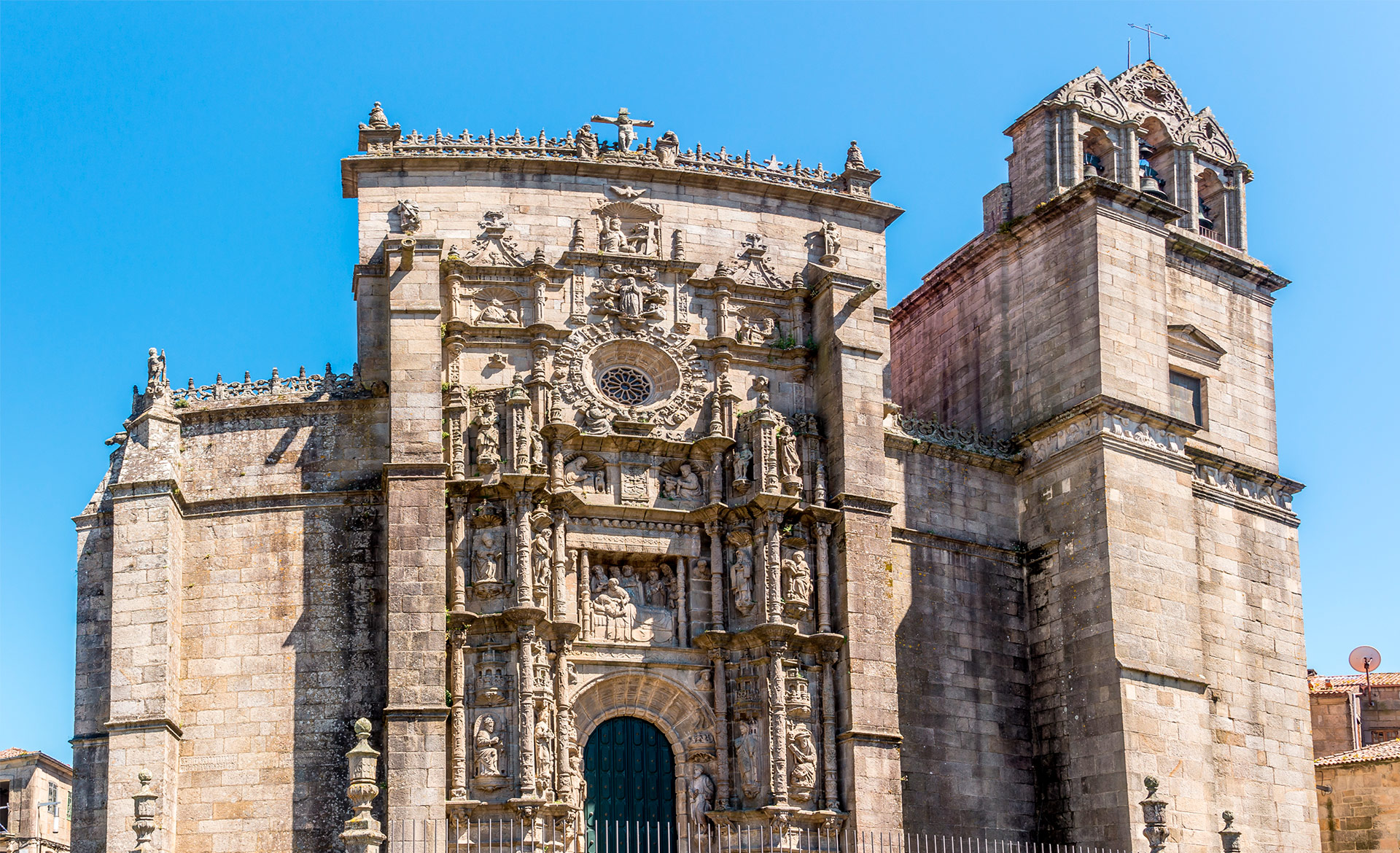 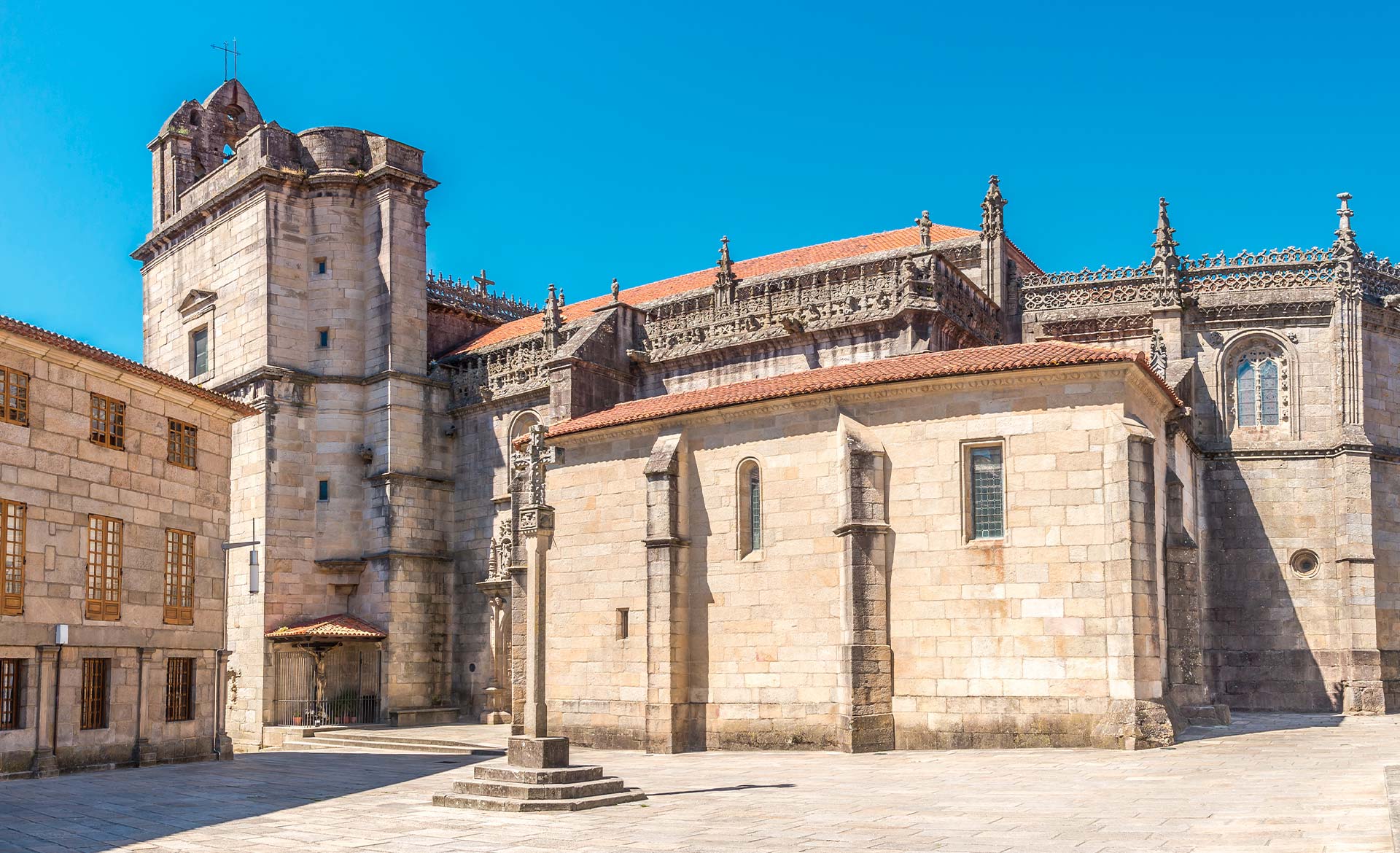 The historic centre of Pontevedra stands out among other reasons for its squares with arcades surrounded by manor houses, but also for its popular architecture. Some of these squares still retain the old names of the markets and fairs that were held in them, as is the case of the Plaza de la Leña. Three of the six buildings of the Provincial Museum, currently closed for works, are also located here. Specifically, the Castro Sampedro and the García Flórez, joined by a small stone bridge, are two good examples of Baroque architecture. In the centre of the square, in the 1940s, there was a stone cross, probably from the 15th or 16th centuries, which seems to have come from the town of Caldas de Reis.

The Museum of Pontevedra consists of six buildings of which only three can be visited, as part of its headquarters are in the rehabilitation phase. It is considered one of the best provincial museums in Spain thanks to the variety and richness of its collections.

The Castelao Building, inaugurated in 2013, houses the collections of Spanish painting from the 19th-20th centuries and Galician art from the 14th century to the present day. It also has a room dedicated to the Galician artist Castelao and another that houses temporary exhibitions. The Sarmiento Building, attached to the previous one, was a Jesuit school in the 18th century and houses archaeological collections from Prehistory and Antiquity, Galician medieval art up to the 13th century, the Sargadelos earthenware collections and Celtic ceramics, among others.

Another of the museum’s buildings, which receives many visitors every year, is the Ruins of Santo Domingo, the only remains of the church and convent of the Dominicans from the 14th-15th centuries that was located in the same place. The museum exhibits collections of guilds, tombs, architectural remains of other buildings and heraldic words of the city and the province. 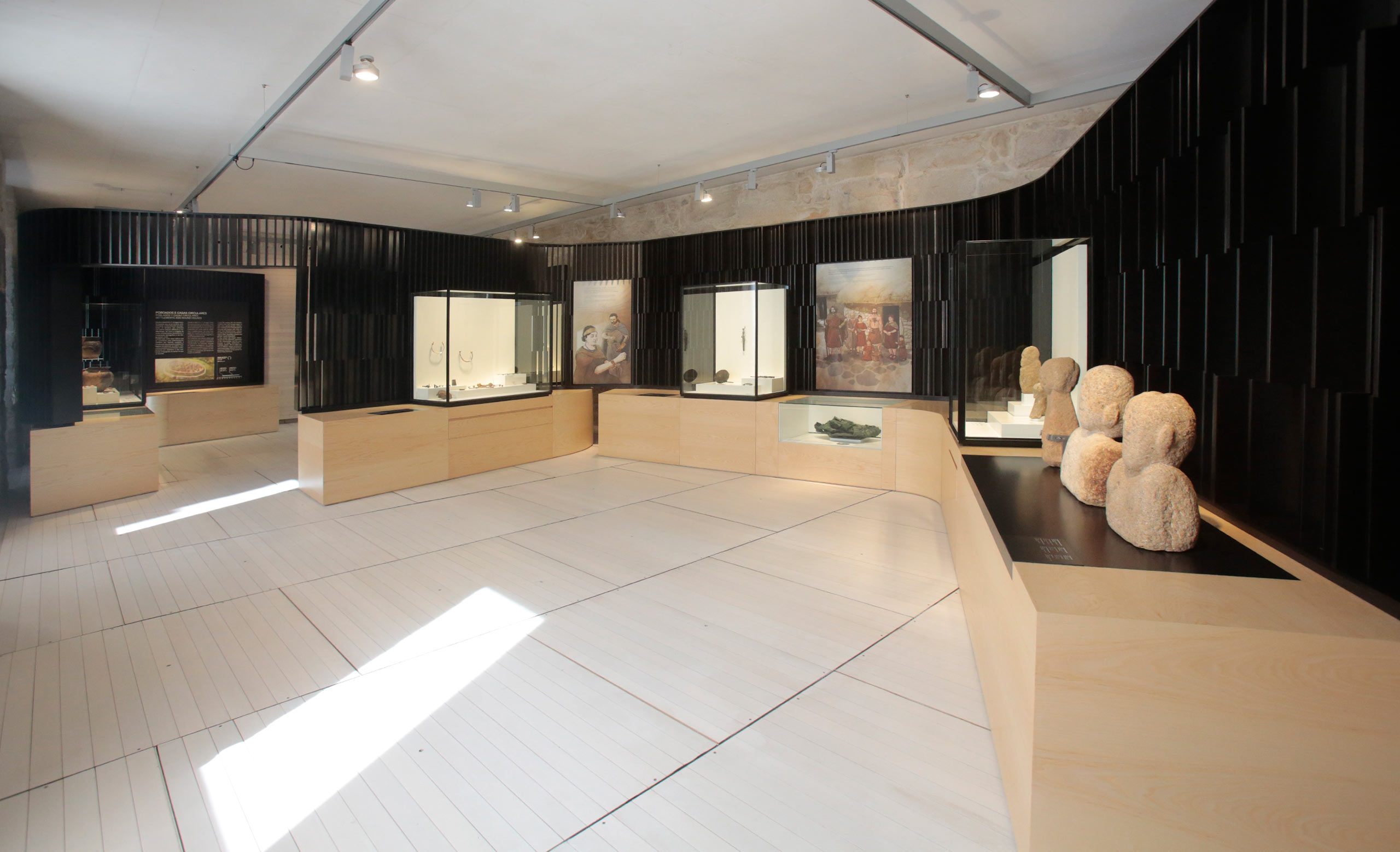 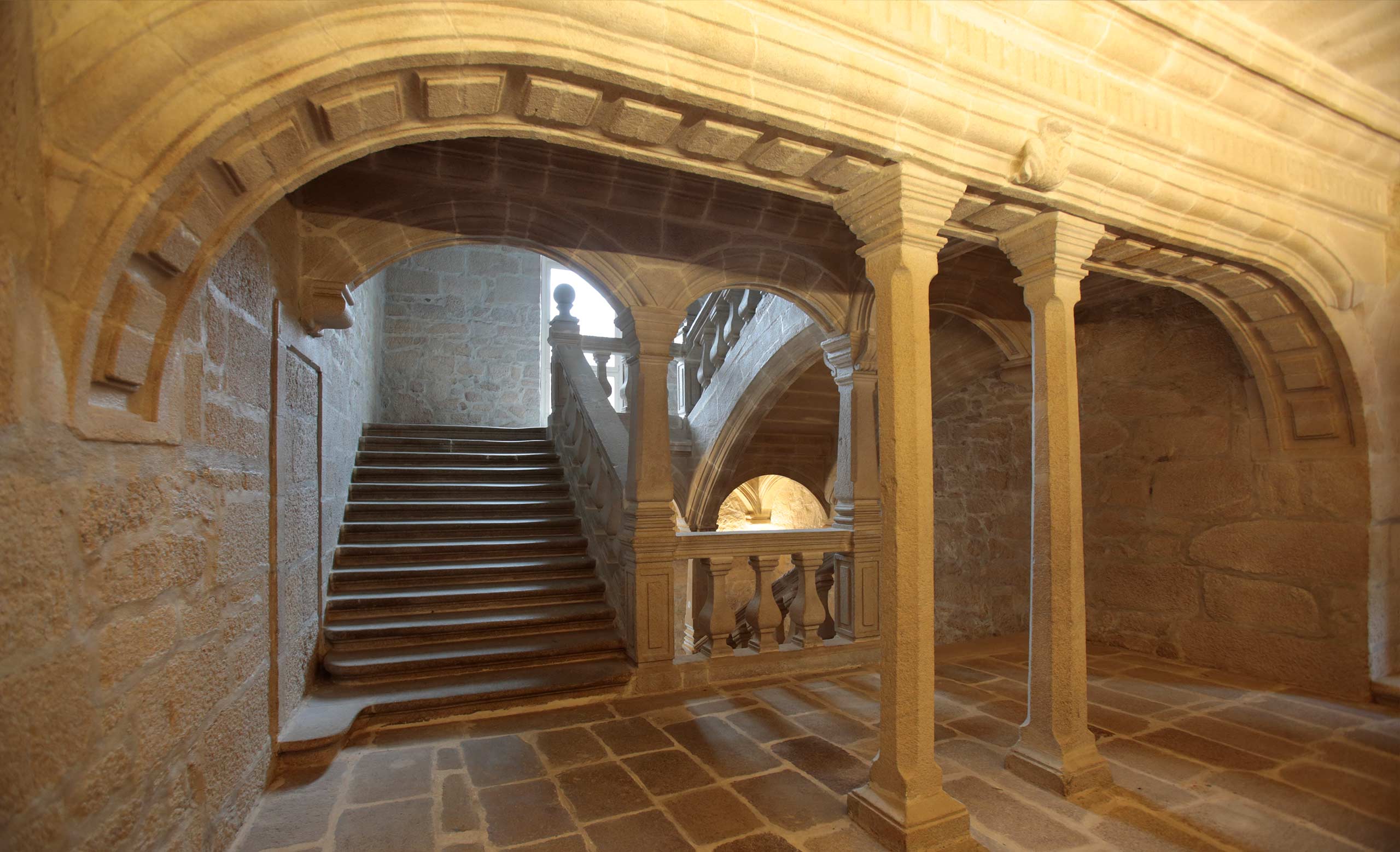 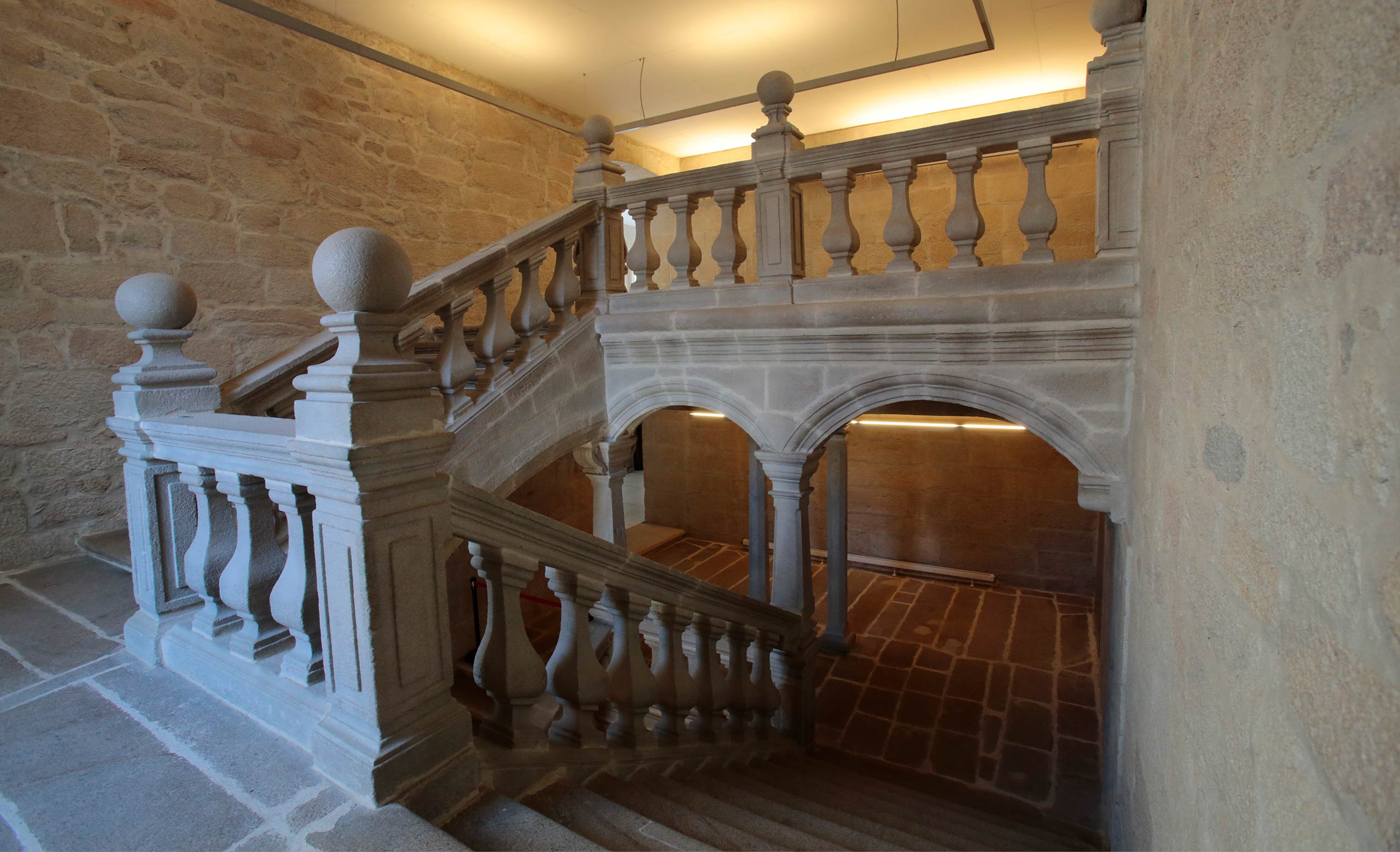 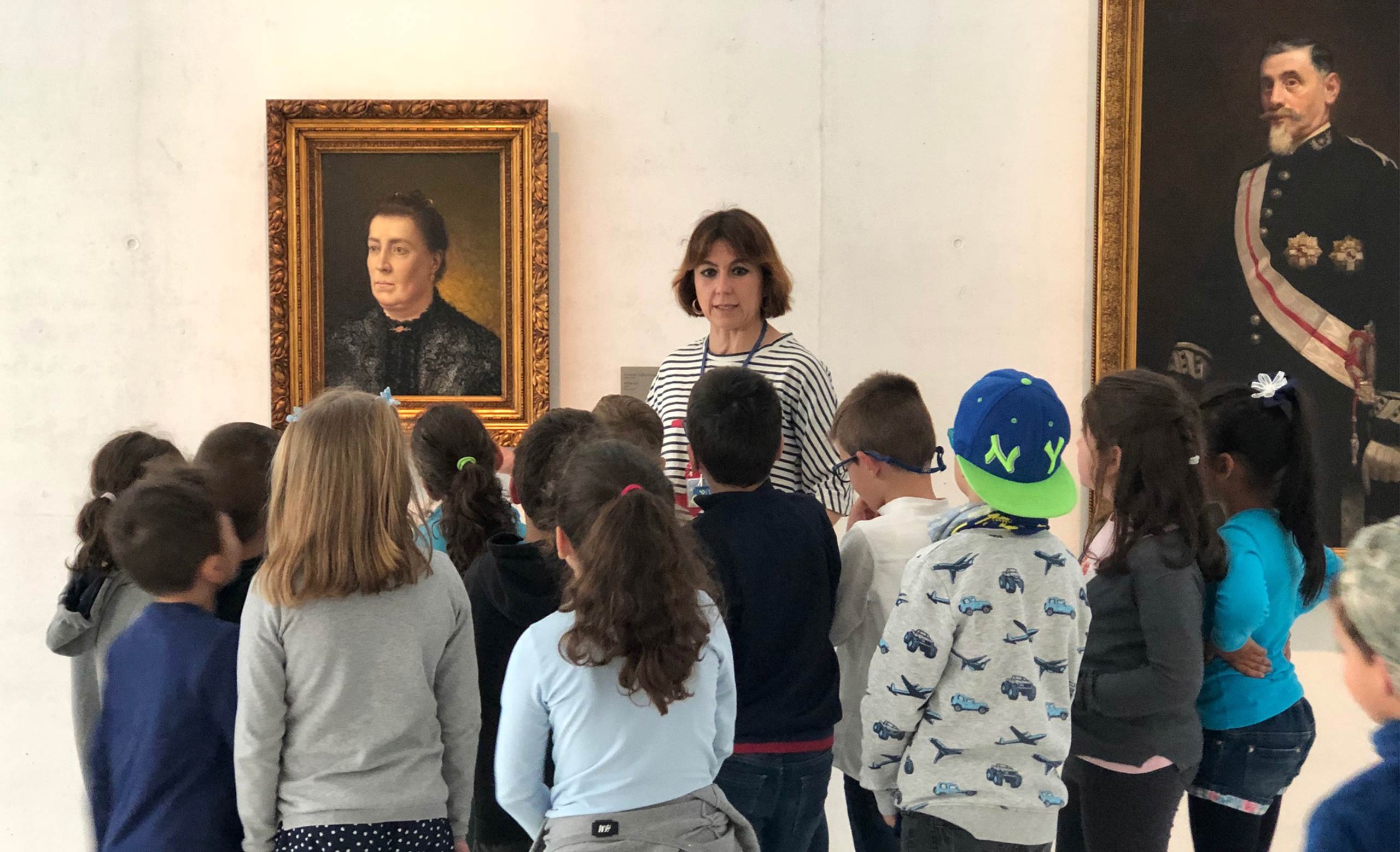 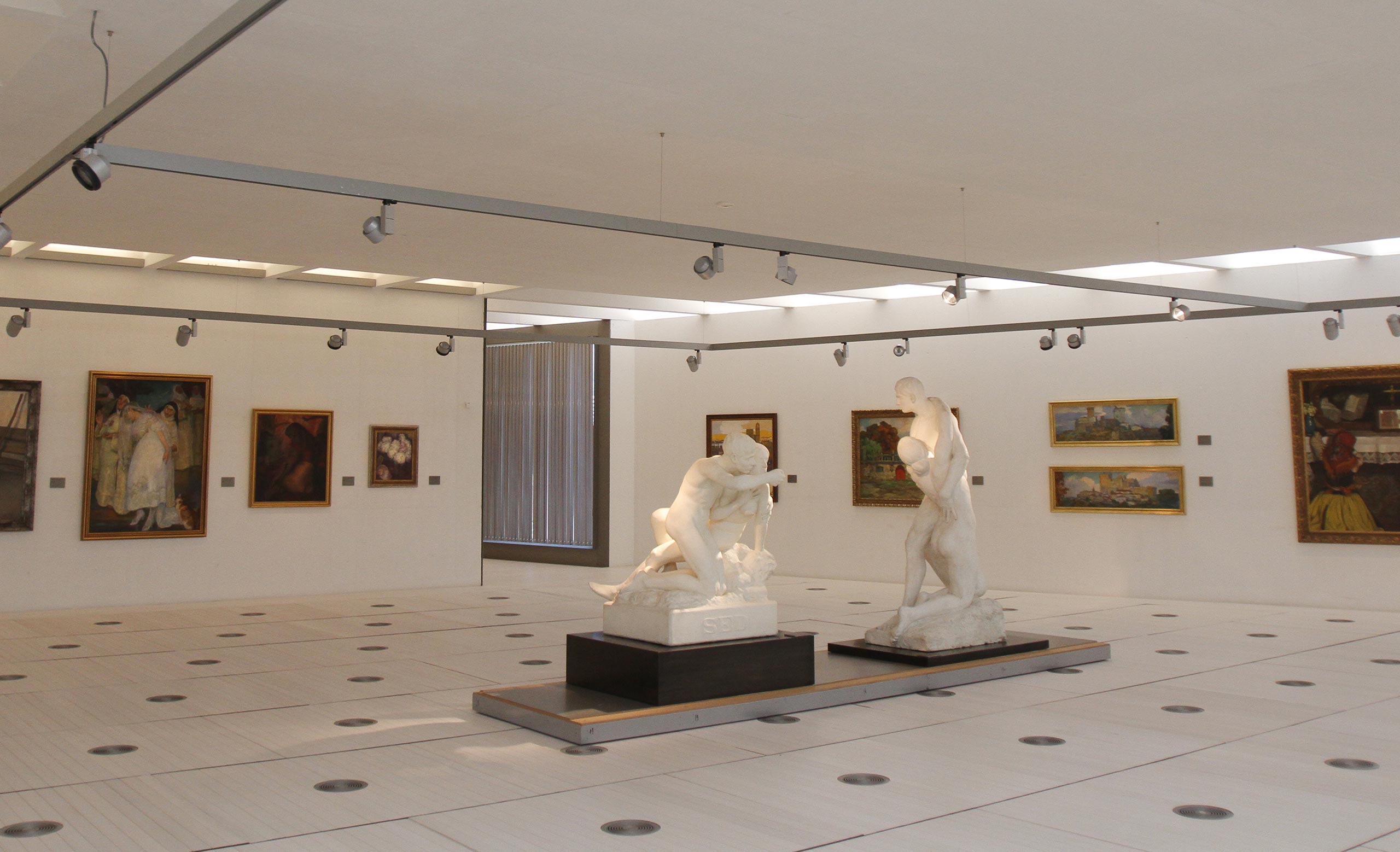 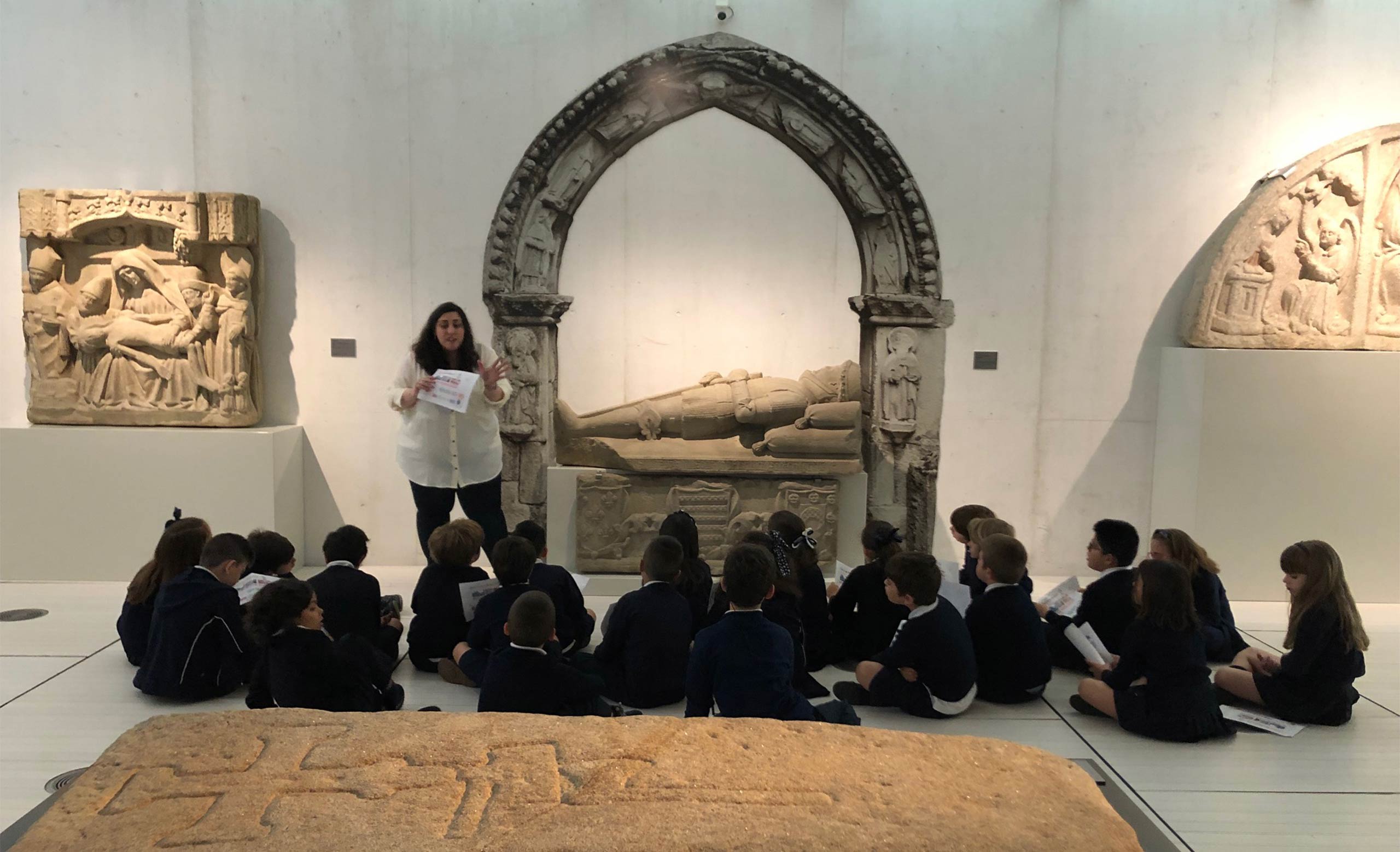 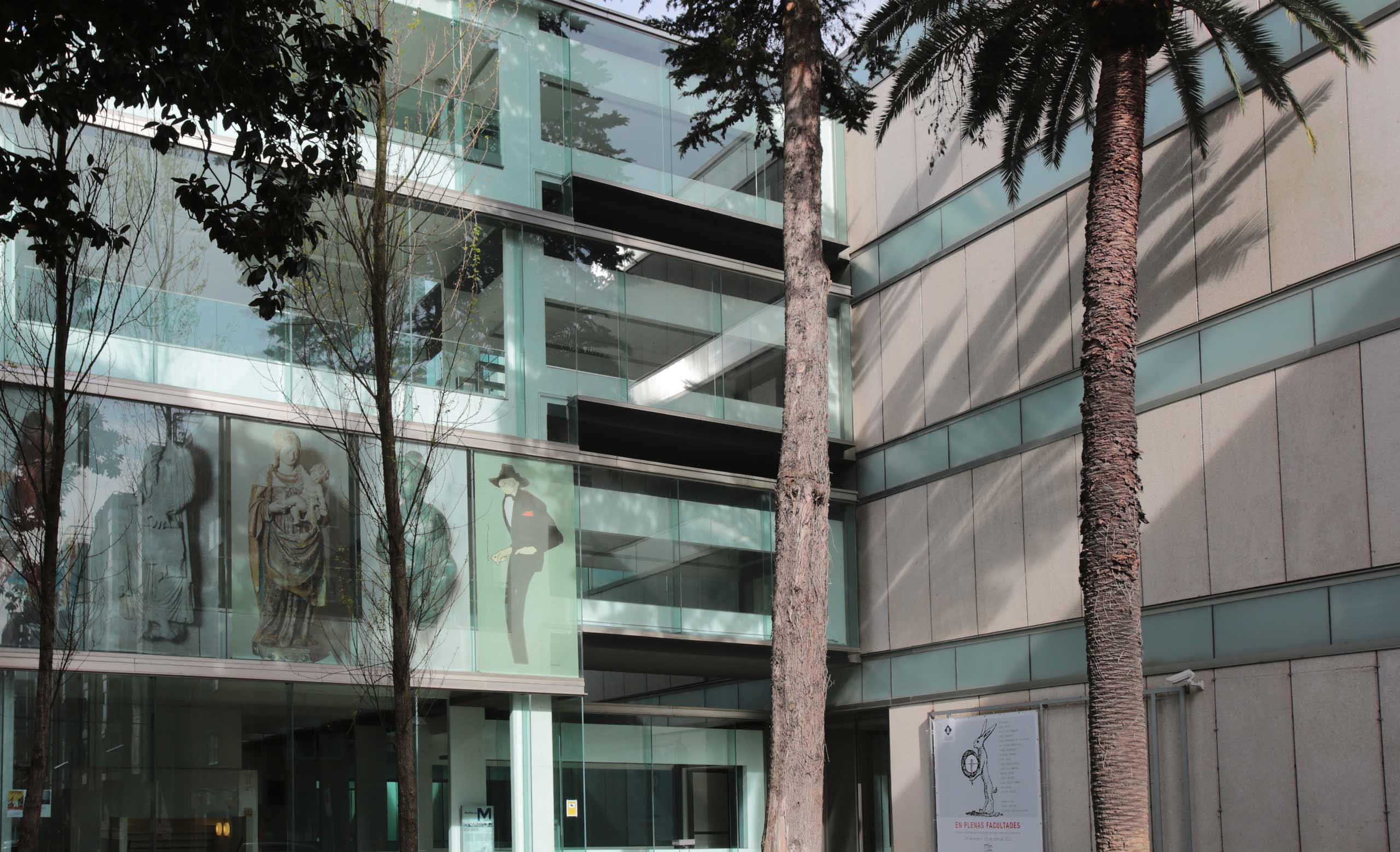 From Tuesday to Saturday: from 10h to 21h

Sundays and holidays: from 11am to 2pm

From Tuesday to Saturday: from 10h to 21h

Sundays and holidays: from 11am to 2pm

From March 15th to October 31st

Sundays and holidays: from 11h to 14h

The Mercado de Abastos building was inaugurated in 1948 and is still in operation after a thorough renovation in 2003 by architect César Portela, in which the structure was completely dismantled, building a two-storey underground car park and reconstructing the building piece by piece.

The design respected the original architecture in terms of facades and interior stonework staircases, adapting the space to current needs. The building stands out not only for its unique historical value, but also for its offer of extraordinary quality food products. Practically all the stalls are located on the ground floor.

On the first floor of O Mercado, we can find a gastro-space that joins the two bars that were already operating

At the moment, due to the COVID, this space is closed. Only some of the establishments offer take away. Free entrance

How to get there

The Lérez river rises in the Serra do Candán at an altitude of 900 metres and flows for about 60 kilometres until it flows into the Pontevedra estuary. It is precisely before its mouth where the Illa das Esculturas is located, an authentic natural spot very close to the city centre.

Also called Illa do Covo, it offers those who visit it a perfect symbiosis between nature, art and landscape to host on its surface a pioneer artistic project in Spain. Twelve artists participated in this project for which they made a series of works carved in granite related to the landscape, tradition, the history of sculpture and stone. An ideal place to enjoy a walk, outdoor sports and culture.

Several hiking trails, on both sides of the river, allow you to discover its varied and lush riparian forest.

In the seventeenth and eighteenth centuries the economic capacity of certain privileged sectors and exempt from public charges, such as the nobility and the clergy, allowed the construction of sumptuous civil and religious buildings. Among the former, the pazos and stately homes of which we have good examples in the streets and squares of the historic center highlighting those found in the Plaza de Teucro which also contributed to the quantity and variety of heraldic words

In Pontevedra we have one of the largest concentrations of coats of arms in Galicia and among the most outstanding in Spain. On the facades of the buildings, inside the churches and the great collection of the Museum of Pontevedra and the Ruins of Santo Domingo.

Few cities can offer such a numerous and varied set of coats of arms, reflecting the settlement of important families and a large group of noble families or not enriched by the sea or commercial traffic that settled in Pontevedra. 114 lineages have been counted in the coats of arms of the city, with the Sotomayor, Montenegro, Figueroa and Mariño families standing out.

One of the places that best represents the heraldic wealth of the city is the Teucro square and especially the facade of the Pazo de Gago and Montenegro with a heraldic carving jewel of the Galician baroque, but in a walk through the streets and squares we will discover coats of arms in numerous corners.